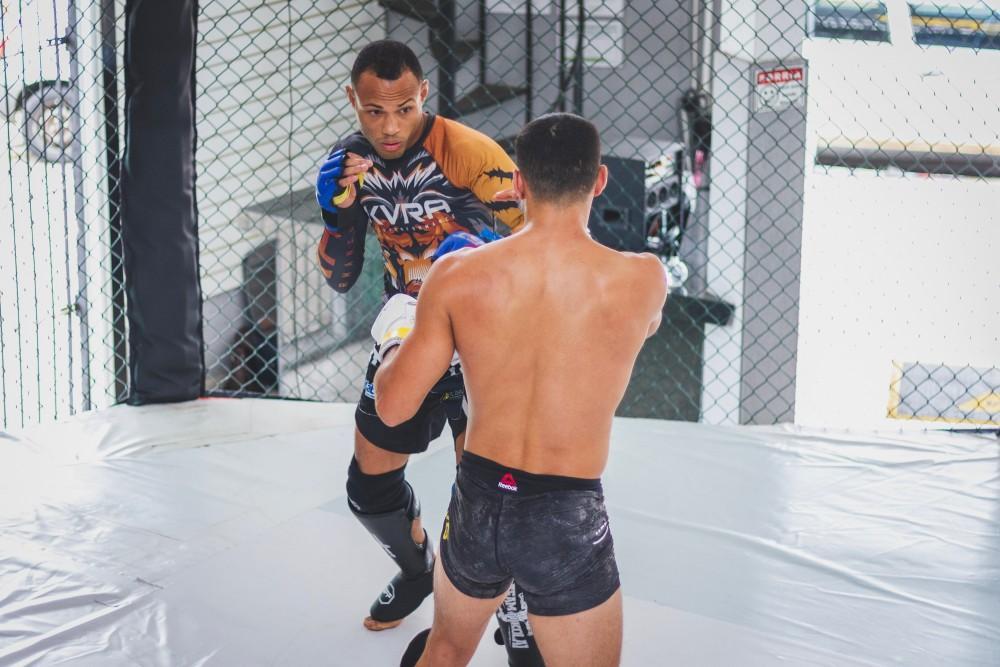 It's not really a secret that playing sports can have an adverse effect on your health, especially when playing at professional or semi-professional levels. For example, there has been a lot of attention on head injuries and concussions in football. Combat sports also have the potential to negatively affect health in several ways, including having an impact on kidney function.

Combat sports such as mixed martial arts (MMA) and Brazilian jiu-jitsu (BJJ) could damage kidney health due to physical impact and some of the common training practices associated with the sports. Understanding how practicing combat sports can affect kidney function is important for anyone with an interest or involvement in these sports.

One of the factors that could affect kidney health in combat sports, or in any sport, is dehydration. Some research has shown that frequent dehydration can lead to permanent kidney damage, even if the dehydration is only mild. Dehydration makes it more difficult for the body to perform certain functions, including removing waste and delivering important nutrients around the body. Dehydration can result in a buildup of wastes and acids, as well as too many muscle proteins in the kidneys. Dehydration may also increase the risk of urinary tract infections and kidney stones, which could cause kidney damage if not treated quickly.

Combat sports may cause dehydration in several ways. Participants could become dehydrated simply by neglecting to drink enough water when training. It's easy for someone to forget to stay hydrated or not realize that they're not drinking enough. Another reason someone participating in combat sports might experience frequent dehydration is due to the practice of weight cutting. To rapidly lose weight before a match or competition, competitors will dehydrate themselves on purpose so that they appear to weigh less than their usual weight. If this is done on a regular basis, it can cause permanent kidney damage.

Kidney injuries are also a risk in combat sports during the course of training and competition. For many contact sports, the risk of kidney injuries is low, making them safe even for those with kidney disease or other health problems affecting their kidneys. However, there may be a higher risk of kidney injury in some combat sports. In MMA, most strikes to the kidney are allowed, whereas they are not legal in other combat sports, such as boxing and kickboxing. Kidneys are the third-most common abdominal organs injured in sports, with injuries typically caused by blunt trauma or overexercise.

There is also evidence that even mild dehydration can be a risk factor in the progression of all types of chronic kidney disease. Many athletes will carry out rapid weight loss up to ten times each year, increasing the risk that the practice will have a negative effect on kidney function. Dehydration can also affect other parts of the body, including cardiovascular function due to decreased plasma volume and reduced blood viscosity. Dehydration can also impair cognitive performance and exercise performance, as well as increase physiological strain. 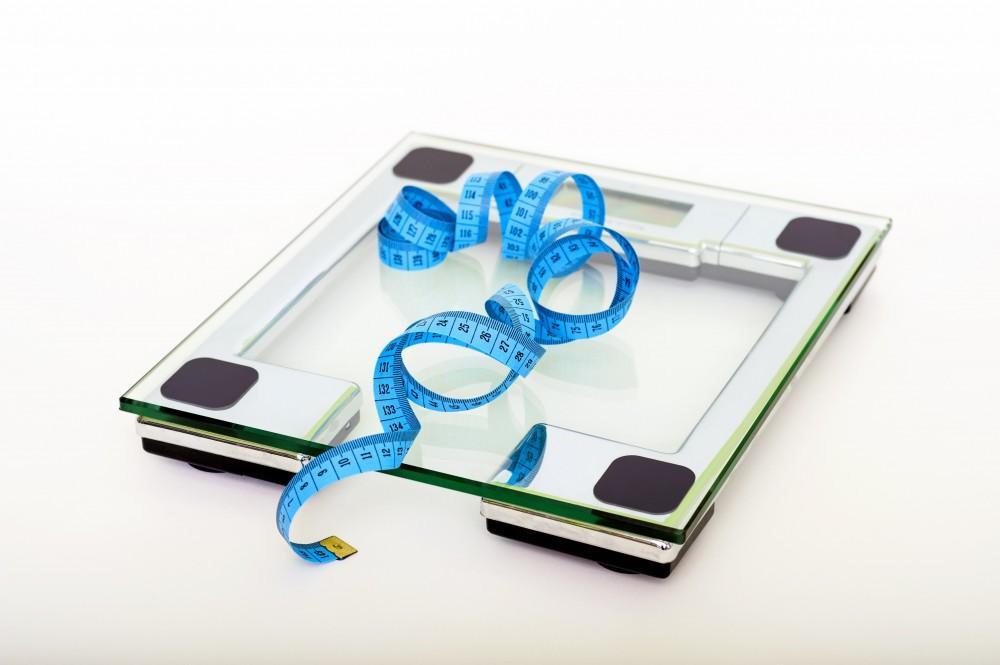 Many studies have looked at the causes and effects of kidney injury in specific combat sports. There are also numerous examples of athletes suffering from kidney failure during their weight cuts. There have even been deaths attributed to rapid weight loss in these sports. Cases of individual athletes in MMA, boxing, and other combat sports have highlighted the dangers of acute renal failure and chronic kidney disease. Other problems caused by weight loss and dehydration have also been covered, such as the neurological complications that they can cause.

The problem is often seen in mixed martial arts, where athletes cut more weight compared to other combat sports and use extreme methods to lose further weight in the 24 hours before a fight. MMA fighters can lose more than twice as much as Brazilian jiu-jitsu and wrestling athletes, three times as much as those practicing judo, and roughly twice as much as boxers or muay Thai athletes. Some of the methods that they use include saunas or sweatsuits to cause dehydration, in addition to skipping meals and fasting. These activities not only affect kidney health but also have an impact on the brain and nervous system, meaning athletes have to work harder to perform.

One study tracked the weight loss of an MMA athlete during an eight-week period. During this time, the subject of the study lost 17kg, with 7kg mostly resulting from dehydration in the 36 hours before competing. Some of the results of this extreme weight loss included a drop in testosterone production, an increase in cortisol (a hormone linked to stress response), and an increase in urea and creatinine in their blood as well as high blood sodium content, which indicated kidney malfunction.

In 2017, more than 40% of athletes at an MMA event in the UK were found to be severely dehydrated prior to competing. Some sports organizations and competing bodies have since taken steps to restrict the amount of weight athletes are allowed to lose before competing. However, many athletes in combat sports continue to take extreme measures to lose weight before competing, despite the fact that there is plenty of evidence that it doesn't improve performance. One study found that there was no difference between the amount of weight lost or gained in winners or losers in MMA, while another showed that fighters who lost more weight were more likely to lose their fights.

Use of Supplements in Combat Sports

Another practice in combat sports that could lead to kidney damage is the use of some supplements. There are certain nutritional supplements and performance enhancers that could cause kidney problems if used inappropriately. For example, a review of 13 studies looked at incidences of kidney diseases in bodybuilders, who use many of the same supplements as those who practice combat sports. These studies looked at the use of protein, creatine, vitamins, and both legal and illegal use of diuretics, NSAIDs (nonsteroidal anti-inflammatory drugs), and anabolic steroids.

Although high levels of protein intake were not found to have a strong link to kidney dysfunction, the review found that high creatine supplementation could pose a risk for renal problems. Creatine is normally metabolized to creatinine but high amounts could result in the production of methylamine or formaldehyde, which can be toxic. The use of high amounts of vitamins such as A, D, and E could also contribute to kidney damage. However, it's important to keep in mind that although this was a review of several studies, the overall dataset wasn't particularly large, and more evidence is needed to fully understand the impact the use of supplements has on kidney function.

Some supplements are damaging to people with kidney disease or kidney failure but even those who don't have existing kidney problems could experience negative health consequences. Creatine is often highlighted as one of the supplements that could damage kidney function, although some evidence suggests that using creatine doesn't affect the kidney health of healthy people. Normal use of supplements is more likely to damage kidney health if there are pre-existing health problems. Excessive use of supplements could increase the risk of kidney damage. Vitamin D is one supplement that can be dangerous in high doses and has even led to chronic kidney disease.

People often think of vitamins and other supplements as always being healthy, assuming you can't have too much. While this might be the case for some supplements, it's not always true. It's important to be careful when using high doses of supplements, especially for those with existing kidney problems or other health issues.

The use of NSAIDs is another cause for concern in people who use them for combat sports. These drugs, which include painkillers such as ibuprofen and aspirin, are commonly used by athletes to help manage pain and minor injuries. However, when dehydrated, these drugs could increase the risk of kidney failure. In particular, heavy or long-term use of these drugs can cause chronic kidney disease. Unless monitored by a doctor, they should generally only be used for a few days at a time. Anyone who already has decreased kidney function is generally not recommended to use NSAIDs. 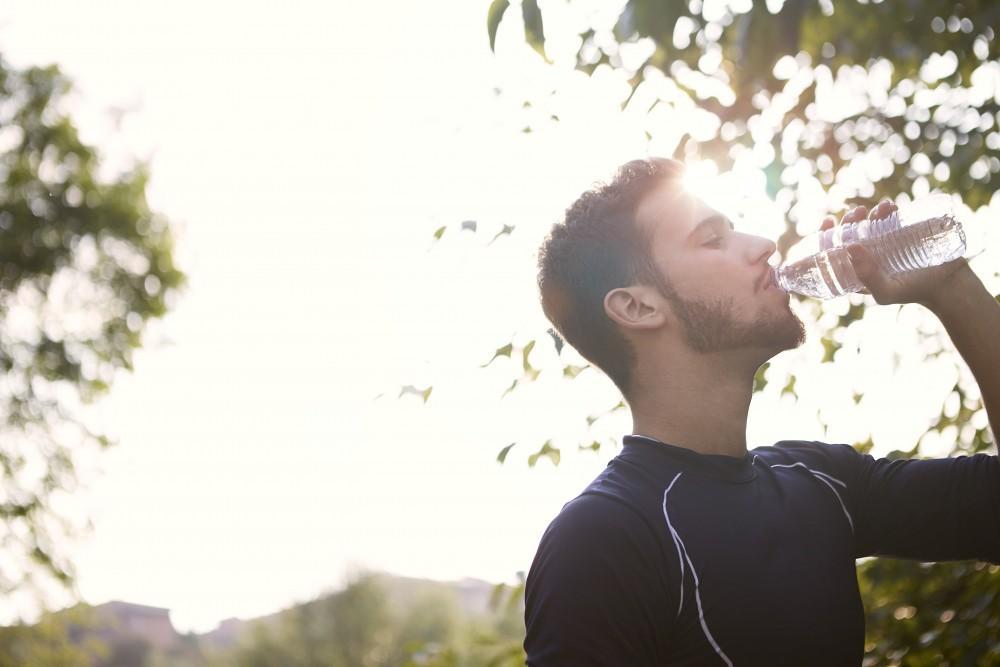 Combat sports can pose a risk to kidney health in a few different ways, which makes it especially important for people who have existing kidney issues to be cautious if they want to participate in contact sports. Existing kidney problems might not mean that someone can't engage in combat sports, but they will have to be careful to protect their kidneys and their health. Anyone who is living with kidney disease, has had a kidney transplant, or has one kidney can take certain precautions to protect their health. However, it's always important to speak to your doctor first. Some people may be recommended against any contact sports if there could be a risk of damaging their kidneys.

After having a kidney transplant, most sports and physical activities are possible to do in a safe and healthy way. However, it's not advised to participate in sports with heavy contact due to transplants being close to the skin. Some professional athletes might be able to have the transplant deeper inside the body to protect it, but this makes it harder to take a biopsy for possible rejection of the organ. Therefore, this is usually only recommended for someone who relies on sports for a living or competes at a high level. Anyone who has had problems with their kidneys in the past or who has a higher risk of developing kidney disease (for example, people with diabetes) should speak to their doctor before participating in combat sports and especially before attempting to cut weight.

Some people who have health problems affecting their kidneys don't stop engaging in various physical activities and combat sports. For example, amateur mixed martial arts fighter Matt Kelly continued to train for MMA despite having chronic kidney disease and receiving dialysis, although he was no longer able to compete as a boxer at his previous level. However, people dealing with kidney disease should make sure to avoid weight cutting, especially when it involves taking extreme measures. It's even more important for people with kidney problems to stay hydrated.

Combat sports can have an impact on kidney function, particularly due to the use of rapid weight loss techniques. It's essential to consider kidney health when participating in any combat sport, ensuring good hydration and avoiding anything that could increase the risk of kidney damage. Anyone practicing combat sports should take the right steps to protect their kidneys. 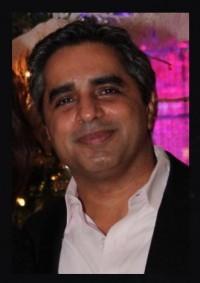 Uday Khosla, MD Uday M. Khosla, MD, is board certified in nephrology and hypertension. Dr. Khosla has served as a Houston kidney consultant since 2004. He currently practices at Kidney360 in Houston, Texas, and is always looking for ways to improve patient care. Dr. Khosla enjoys sharing his knowledge with colleagues and students, and his works have been published in numerous scientific journals and textbooks. Dr. Khosla is available as a kidney consultant in various settings, including in-hospital, outpatient clinics, outpatient dialysis, and home care. 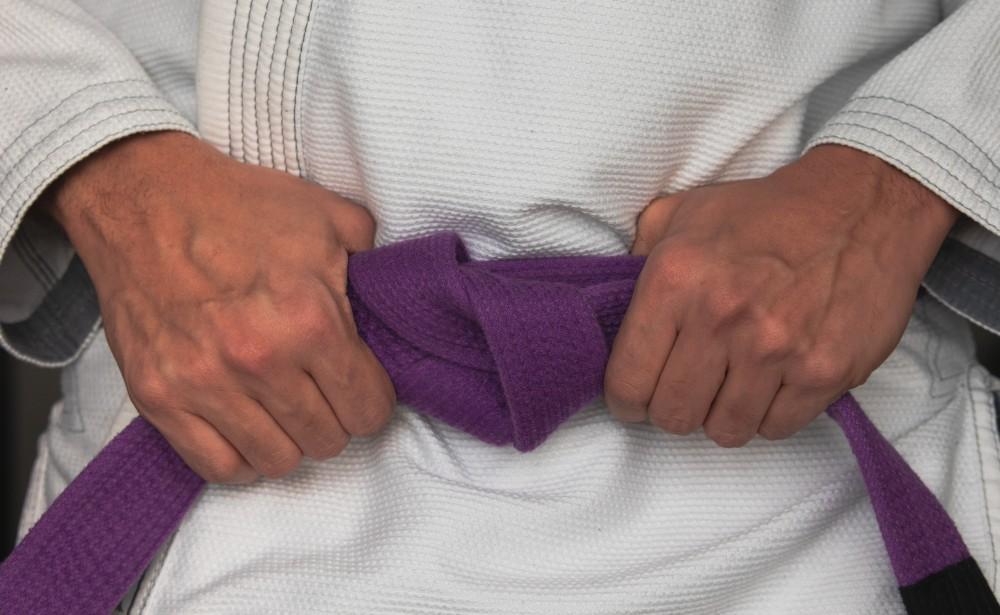 Why BJJ is the best fitness routine for your kidneys

Check out this list if you’re wondering how BJJ will help you with your kidney health. 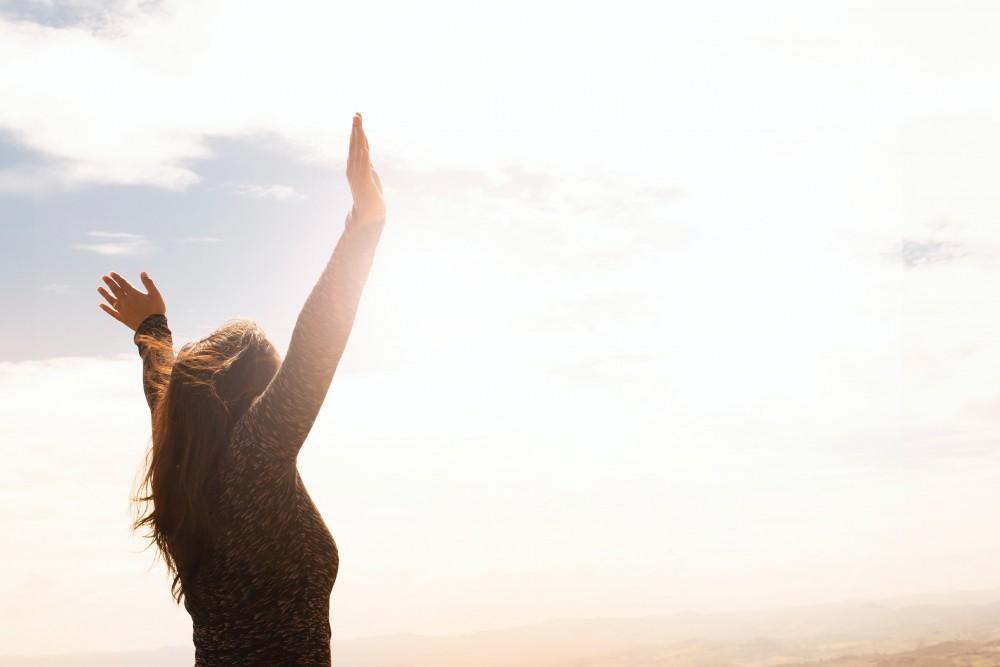 What is neural therapy and why is it a potentially helpful alternative treatment for people suffering from chronic kidney disease? 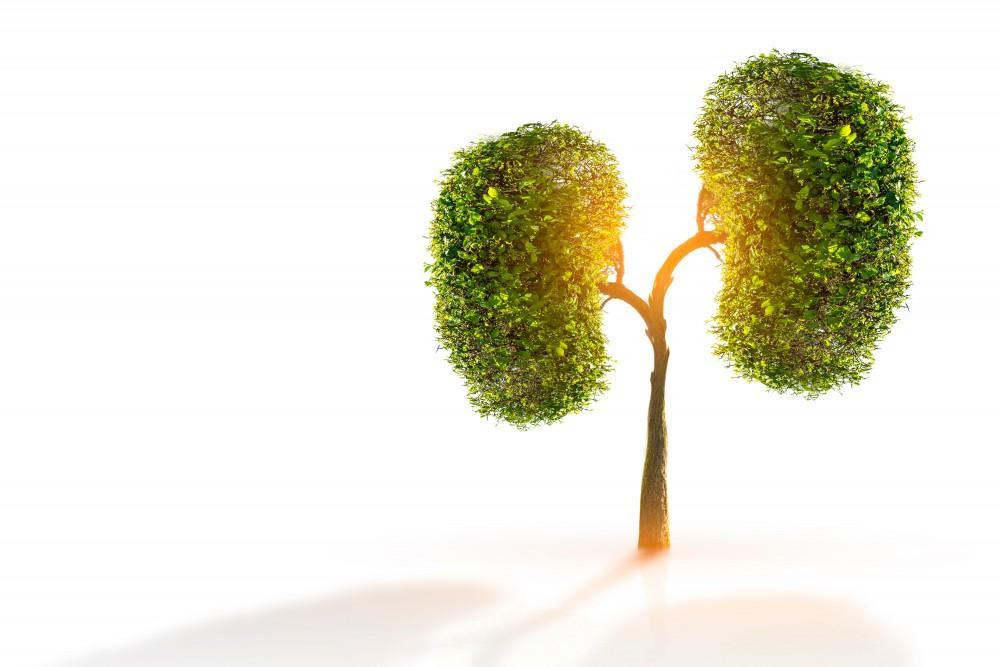 The 8 Functions of the Kidney

Discover all of the things that kidneys do, besides just filtering the blood and removing toxins. 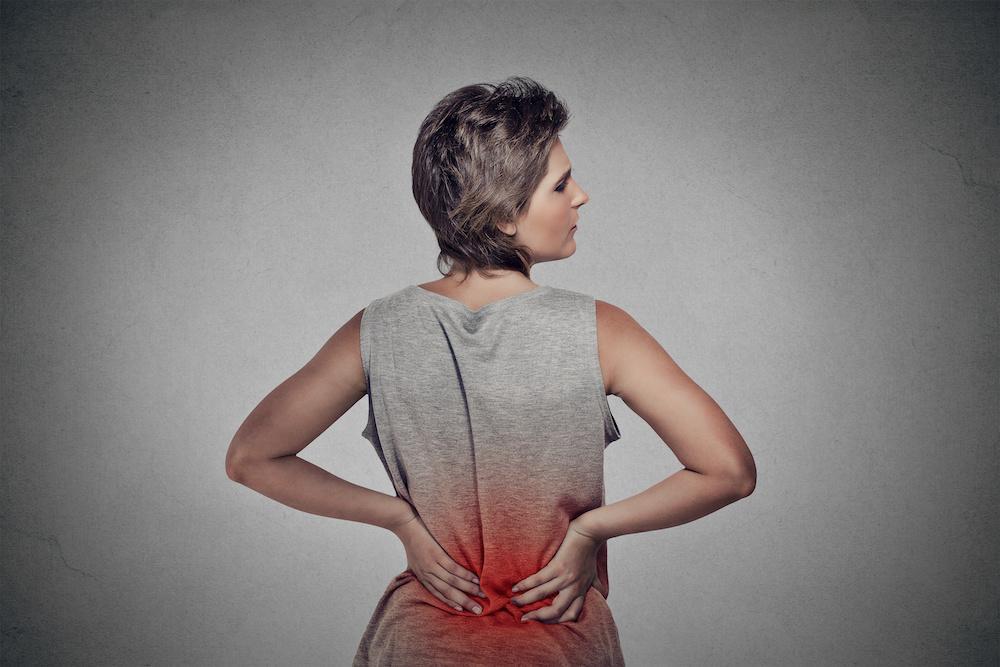 How do you prevent kidney stones?

Staying hydrated is the best way to prevent kidney stones, but there are many other things you can do to keep them at bay or stop them from returning. 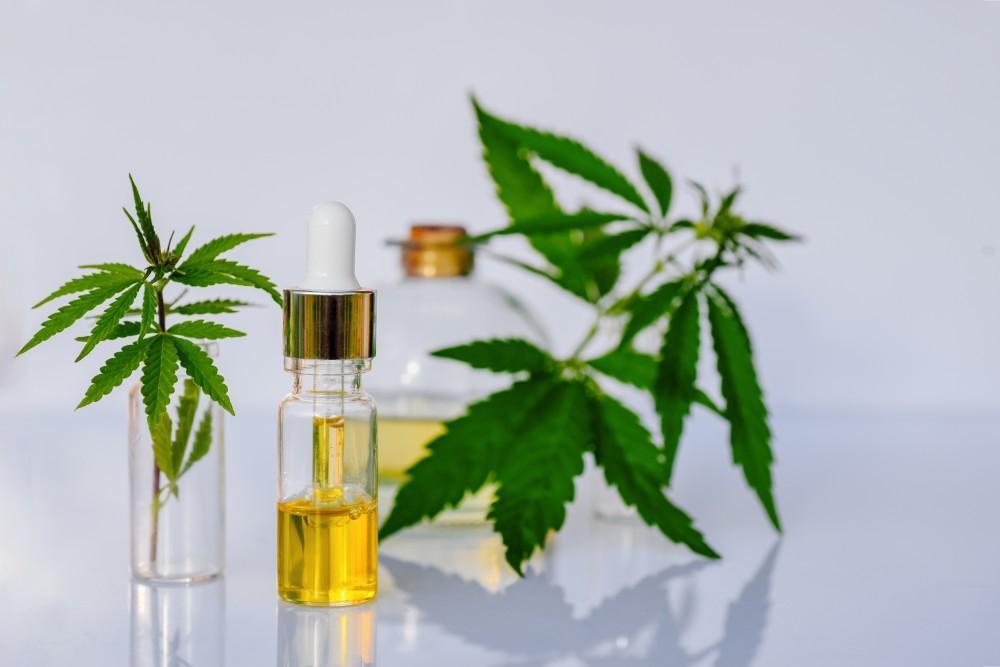 Medical cannabis is an all-natural wellness treatment with a long history of making a comeback over the past few decades. Here's what we know about how medical cannabis can help people with chronic kidney disease. 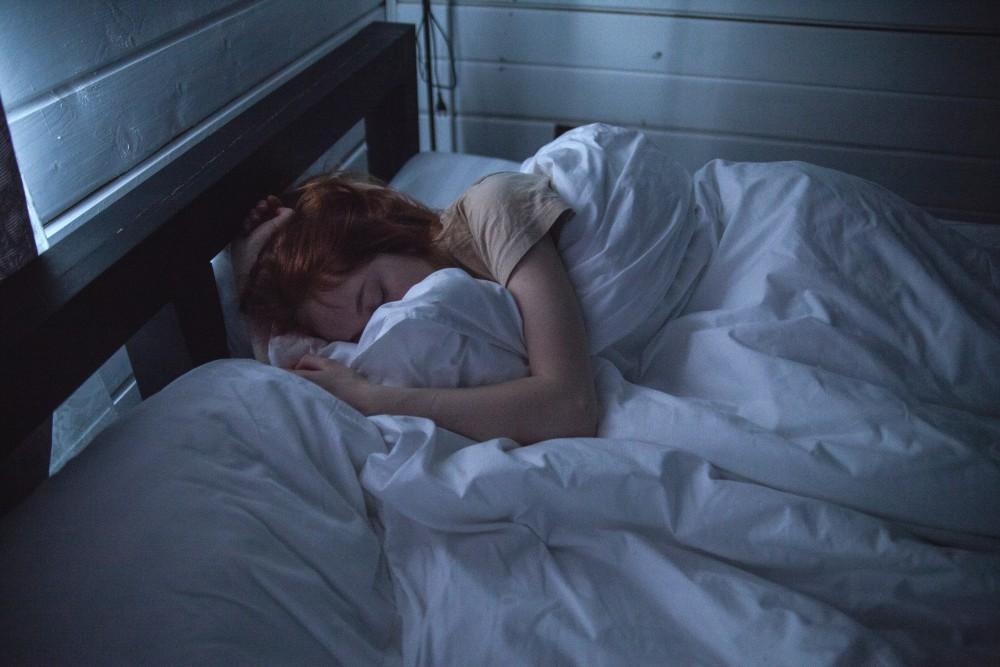 Importance of Sleep and Kidney Disease